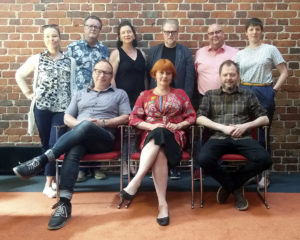 The Finnish Film Foundation’s Advisory Board was founded in 2019 in order to meet the objectives of the new Film Promotion Act and to enhance cooperation within the film industry. The Board of The Foundation names the members of the Advisory Board.

The members represent state agencies related to the film industry as well as those who are eligible for funding from The Foundation. Funding recipients include production companies, distribution companies, cinemas, film festivals, and scriptwriters. Other filmmakers are also eligible for travel support, and they are represented in the Advisory Board by directors who are the largest travel support recipient group.