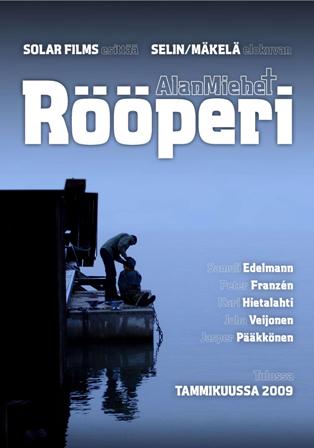 FFF support:
€650000
Budget:
€1700000
Description:
Happiness, jail or the grave? Hellsinki is based on an interview novel describing the old days of one of the most notorious parts of Helsinki, called “Rööperi” in slang. The film is set between 1966 and 1979. Besides the journey of Tomppa and Krisu, the main characters of the film, Hellsinki tells the story of Gypsy Kari, Arska, Biscuit, Uki and a bunch of other bad boys and criminals; it tells of their memorable and unscrupulous journey from crime and poverty to becoming respectable citizens, going to jail – or dying too young. The wrong side of the law is seen through the eyes of Koistinen, a local police officer.

The guys, who fall into a life of crime, have one thing in common: they all start by bootlegging, being sure money is an answer to all their problems. Money is a way out of a miserable life; it is a way to happiness and their modest dreams. They can stop doing criminal business as soon as they get enough money. When the guys start making more money with black-market booze, their hunger and their dreams grow bigger.

Even though the reality Rööperi is portrayed as rather rugged and rotten, we can see both warmth and humor in the characters walking the streets of Rööperi; these qualities will make the audience love them. The audience will cry and laugh with them – and for them.