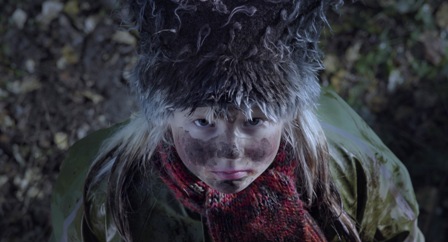 Gorilla is a ten-minute children´s drama about a six-year-old Alli who tries to get into her big sister´s lovely princess room; she wants to play with her sister and her friend. Alli is an energetic little girl; her clothes are always full of felt-tip pen and ketchup stains and her head full of ideas. The big girls won´t play with Alli but instead call her a gorilla because she is so scruffy. But Alli won´t give up and does everything to get into the big girls´ game.

Gorilla is a funny and touching film about sisterhood and the roles of girls. It tells about how annoying it is to be left out because you´re too small or don´t fit. It also tells about how annoying it is when your sister won´t leave you alone. The film shows different ways of being a girl. Some girls are little princesses like Alli´s big sister and her friend, while some are little gorillas. The most important thing is that we are accepted just the way we are.